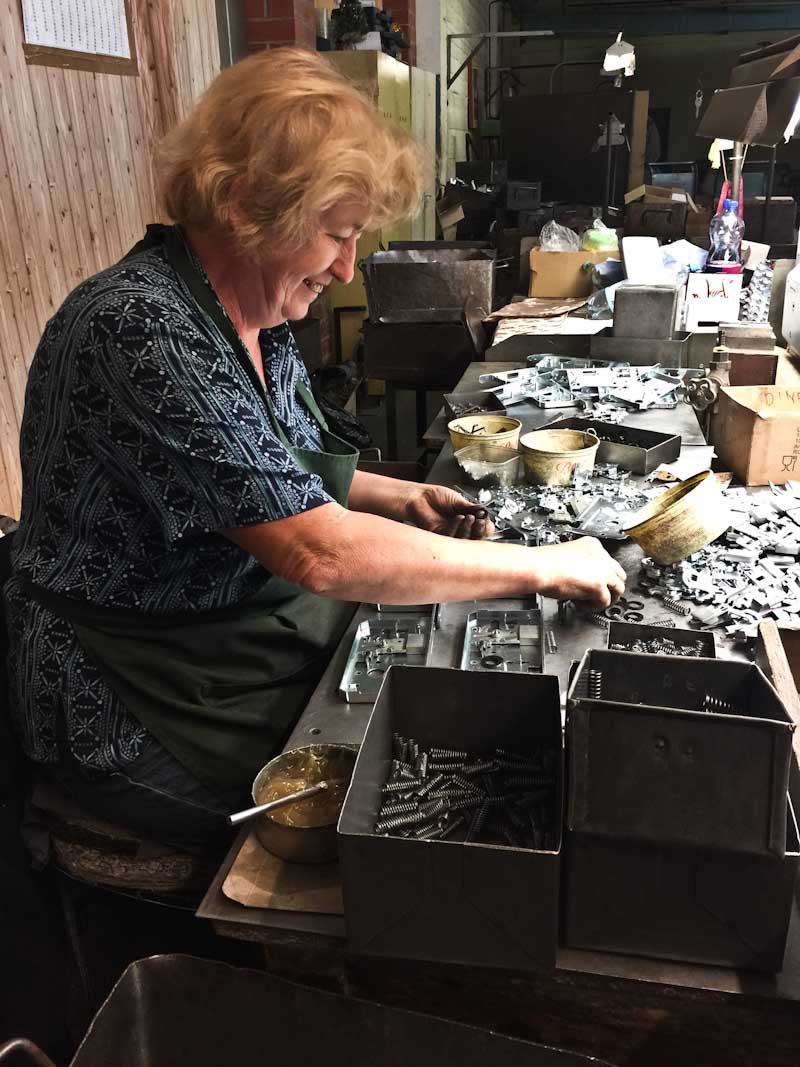 Women work hard in Latvia.  It being Women’s Month in South Africa in August this therefore seems an opportune time to share one of my interactions with some of these hard workers.  In my experience South Africa still has a very sexist culture.  We have many defined and traditional gender roles and stereotypes.  These are changing slowly, but are still fairly entrenched in some contexts.  Not so in Latvia (from my experience of a 6 week visit!)  Women and men appear to have more equality.  It would be unusual to see women working on the production floor of a metal factory here at home. 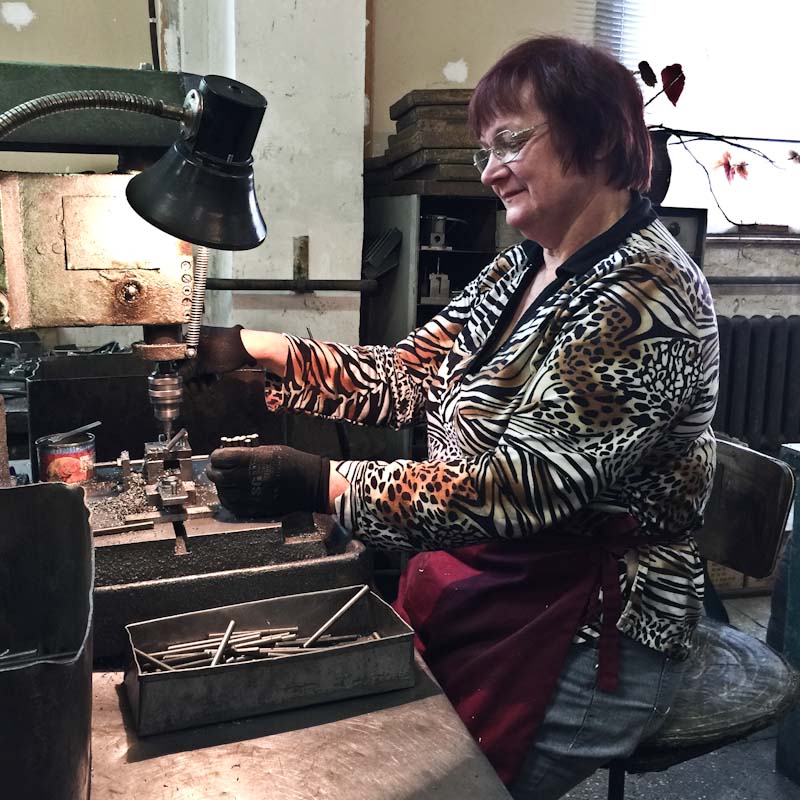 I jumped when the opportunity to visit a factory arose because production environments fascinate me.  Visually factories are interesting, and I always learn something new. I took these pictures at the Kurzeme Metal Hardware Plant, a “lock and key” factory in Aizpute.  A woman, Gertrude Lindberga,started the business.  She established a cardboard factory in Aizpute in 1890.  I wonder how many women were starting businesses in South Africa in the 1890s!

The business grew into a substantial operation.  In 1938 it was bought out by the Latvian Credit Bank.  Because of World War 2 activities expanded substantially.  Following the war, in 1960 a Metal Products Factory was moved from Riga to the Aizpute premises.  Because of this it became the Kurzeme Metal Hardware Plant. By 1965 it was running round the clock in 3 shifts.  They produced locks and keys for the whole of the Soviet Union. 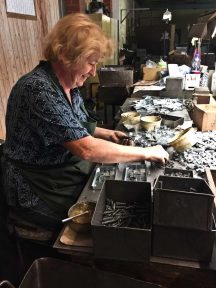 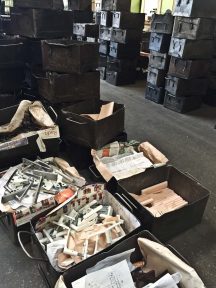 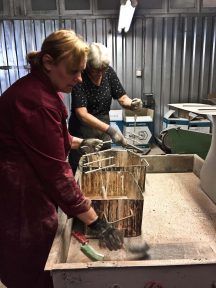 The Soviet occupation of Latvia ended in 1991 and the factory was privatised in 1996.  Because of open market competition production levels have declined significantly. However the business is still going.  And they are diversifying into new products to remain competitive.  Most of the employees I saw at work were women.  Some of them have worked in the factory for 40-50 years therefore they remember it at its busiest. 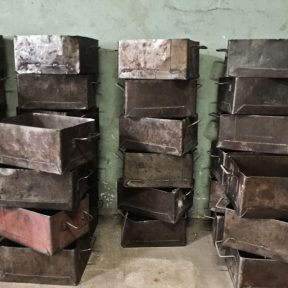 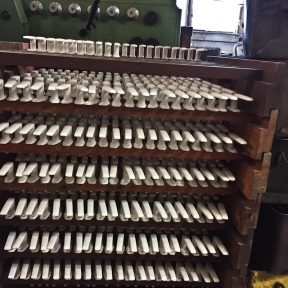 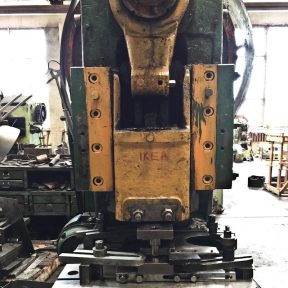 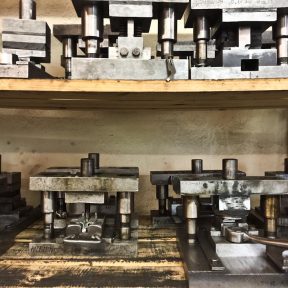 A beautiful Soviet-era mural is bricked into the wall of one of the factory buildings.  Mieram is a Latvian word which means Peace. 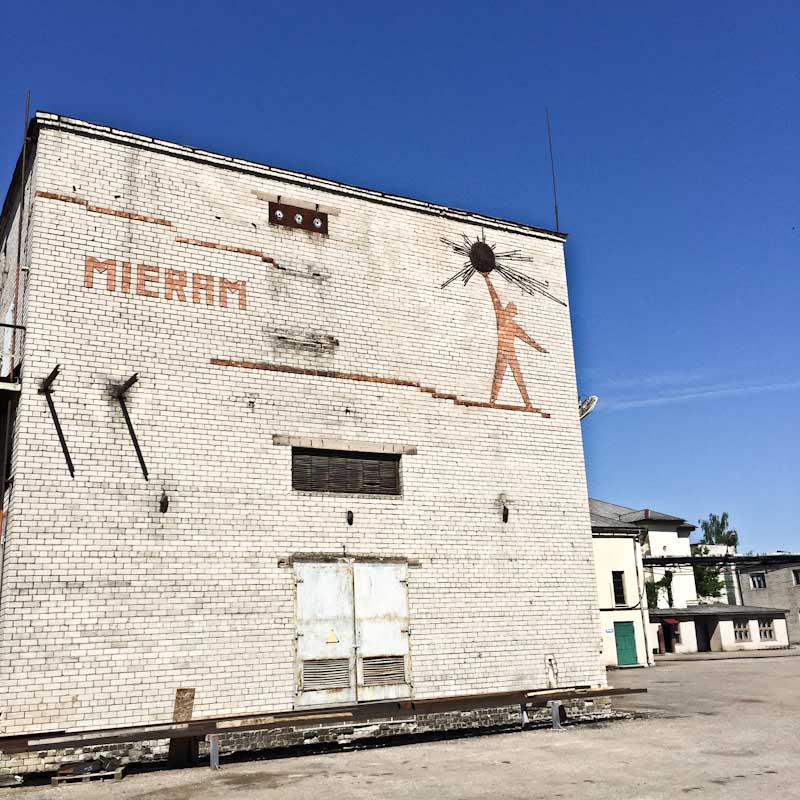